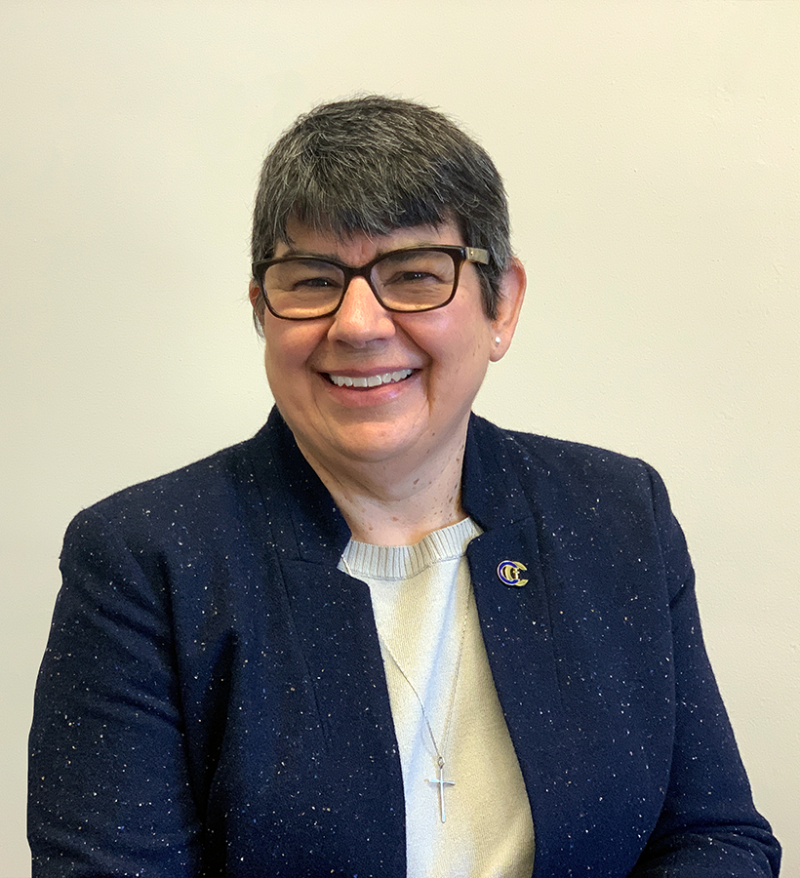 Sr. Betsy, who for the last nine years has served as Catholic Charities’ Director of Community Partnerships, will succeed Vincent W. Colonno, who is retiring in July after 11 years as CEO.

“Sr. Betsy is a living, breathing embodiment of Catholic Charities’ mission of service and support to people in need. She treats every person with dignity, respect, caring and love, and is an incredibly powerful advocate for our good work. Her distinguished career in leadership and service to our neighbors make her an excellent fit for the role,” Catholic Charities Board of Trustees President Ken Raymond said. “It’s an honor to appoint Sr. Betsy as our next CEO.”

Raymond thanked Vince Colonno “for his excellent and tireless service as our leader these last 11 years,” adding: “Vince has risen to every challenge, including expertly managing Catholic Charities through the pandemic. We’re a better organization now than we were a decade ago because of Vince’s leadership and commitment to our mission.”

Bishop Edward Scharfenberger, Bishop of the Diocese of Albany, said: “We congratulate Sister Betsy on her appointment. Catholic Charities plays a vital role in meeting critical human needs throughout our Diocese. Through her servant leadership, commitment to Catholic social teaching, and compassion for others, Sister Betsy is well suited to see that Catholic Charities continues to be a refuge for our neighbors in need. I wish her the best in her new role and offer sincere gratitude to Vince for his dedicated service to Catholic Charities.”

Outgoing CEO Vince Colonno said: “Sr. Betsy’s efforts have been crucial to our ability to fulfill our mission and support people where they are with what they need. Her vocation is a blessing to our work and I’m confident she’ll grow and strengthen our impact in the years to come.”

Catholic Charities is one of the region’s most essential human service organizations, with 85 programs across the 14-county Albany Diocese serving some 100,000 people every year. Its services include Community Maternity Services, which supports expectant and new mothers; housing; food pantries and food insecurity; services for people with developmental disabilities; senior and caregiver support; immigration services; emergency financial support and disaster case management.

Sr. Betsy said: “It is a privilege to be called to serve Catholic Charities and to follow in its long line of caring, compassionate and extraordinary leaders. Our effectiveness comes from more than leaders, though. It’s our staff, volunteers, donors, community and government partners, and the broader faith community who make it possible for Catholic Charities to be an instrument of compassion, support and healing.” 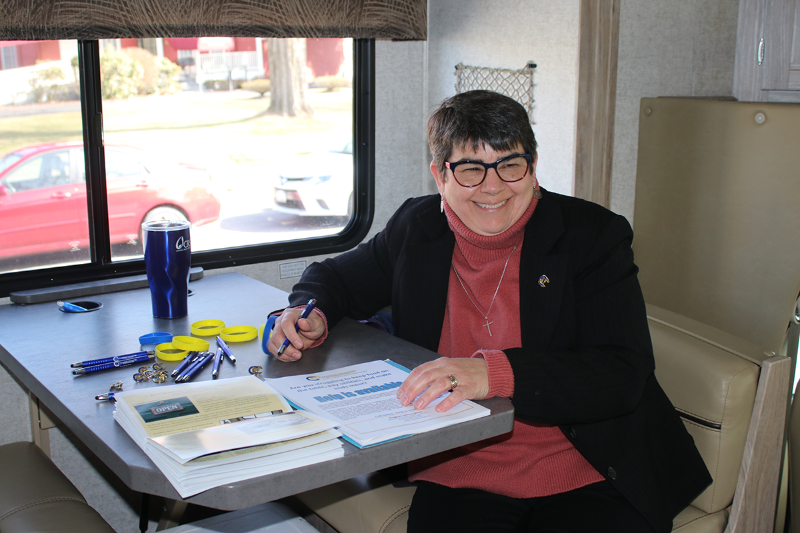 A native of Cobleskill and a graduate of the College of Saint Rose, Sr. Betsy entered the religious community of the Sisters of Saint Joseph of Carondelet (cah-RON-deh-LET) in 1988.

She will be the fourth Catholic Sister to serve as Catholic Charities’ CEO, succeeding Sr. Serena Branson, DC, (1974 to 1990), Sr. Maureen Joyce, RSM, (1990 to 2010) and Sr. Charla Commins, CSJ, who served as interim CEO for one year after Sr. Maureen Joyce’s death in 2010. Sr. Charla continues to serve as Executive Director of Catholic Charities’ regional agency in Saratoga, Warren and Washington counties.

She began her human services career in 1985 at Unity House in Troy, then a program of Catholic Charities, where she administered a 24-hour emergency shelter for domestic violence victims and focused on crisis intervention and management.

In response to the COVID-19 pandemic, Sr. Betsy led the expansion of drive-through food pantries throughout the region, in partnership with such organizations as the Regional Food Bank of Northeastern New York, the Capital District Area Labor Federation, Centro Civico, Albany’s Metropolitan New Mission Baptist Church and Macedonia Baptist Church, Our Lady of Hope Catholic Church in Fort Plain, and the Sidney, NY Fire Department.

These efforts have distributed nearly four million pounds of food to more than 475,000 people across the Diocese. CC MOVE’s outreach program is also a catalyst for case management as it helps connect people to additional programs and services. CC MOVE guests can even speak with on-site case managers to receive further support as needed.

Prior to becoming Director of Community Partnerships, Sr.  Betsy served people affected by Hurricane Irene and Tropical Storm Lee as Catholic Charities’ Disaster Case Manager.  Before that, she worked for a decade at the parishes of St. Helen’s and Our Lady of Fatima in Niskayuna/Schenectady, now St. Kateri Tekakwitha parish, as a pastoral associate in youth ministry, evangelization and outreach.

In 1997, because of her extensive volunteer work with Capital District Habitat for Humanity, Sr. Betsy was recruited to serve as Director of Church Relations for Habitat for Humanity International, based in Americus, GA. Her work creating partnerships with churches and religious denominations across the world led to the building of hundreds of homes on five continents.

Before joining Habitat for Humanity, Sr.  Betsy was the Administrative Director for Catholic Charities’ St. John’s/St. Ann’s Center in Albany as well as Campus Minister at Catholic Central School in Troy. To this day, the St. John’s/St. Ann’s Outreach Center continues to provide food, emergency services, furniture and basic needs to the South Albany community.

Sr. Betsy holds a BA from The College of Saint Rose and an MA from Saint Mary’s University in Winona, MN. Her volunteer work includes service on the Board of Trustees of the College of Saint Rose, as Board Vice President for Regional Food Bank of Northeastern New York, and as a member of the Finance and Long Range Planning Boards of the Sisters of Saint Joseph of Carondelet.